The article presents the results of chemical analysis soils of drilling sites of the Sostinsky and
Mezhozerny oil fields of the Republic of Kalmykia. The content of sodium ions is more than 2 times higher in both
deposits. At the same time, the content of chlorides in some areas of the Mezhozerny field reaches its maximum. As
a result, the soils are highly saline in terms of the degree of salinity and are mainly chloride-sulfate-sodium in terms
of the type of salinity. In oil fields, oil spills lead to the accumulation of organic carbon many times, with the total
content of organic matter exceeding up to 5 times. The increase in the content of petroleum products is greatest in
water discharge and wellheads. Studies on the content of heavy metals in the soils of oil fields showed that the
average content of elements does not exceed the maximum permissible concentration of substances. At the same
time, the content of most heavy metals exceeds the background ones, for example, lead, cadmium up to 2 times,
strontium up to 8 times, mercury up to 6-12 times. In comparison with the clarke of the lithosphere (according to
Vinogradov), an ecological-geochemical specialization in cadmium is noted. In the soils of the Sostinsky deposit, in
the series of distribution of heavy metals, the maximum value is typical for cadmium, and in the Mezhozernoye
deposit for mercury. At the Sostinskoye deposit, higher than the background is characteristic of such elements as:
lead, vanadium, copper, strontium, and at the Mezhozernoye deposit, the excess of the background is achieved for
such elements as: cadmium, zinc, lead, vanadium, copper, chromium, strontium 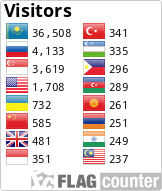